Wall of Fame is a collaborative work by Stefan Hurtig and Sebastian Mühl. The video was commissioned for the 2008 exhibition „Leaving the Ivory Tower. Art, Visibility, Economy“ at Leipzig Academy of Visual Arts. It stages two painters whitewashing a graffiti wall within a nightly park scenery. Their performance reminds of a symbolic reset procedure, returning the wall to its supposedly default setting. It is also a preparation for the next „exhibition“. In the dark of the night, with the camera constantly rotating around its axis, the overall staged performance appears to be a subversive act within the process of continuously overwriting images. 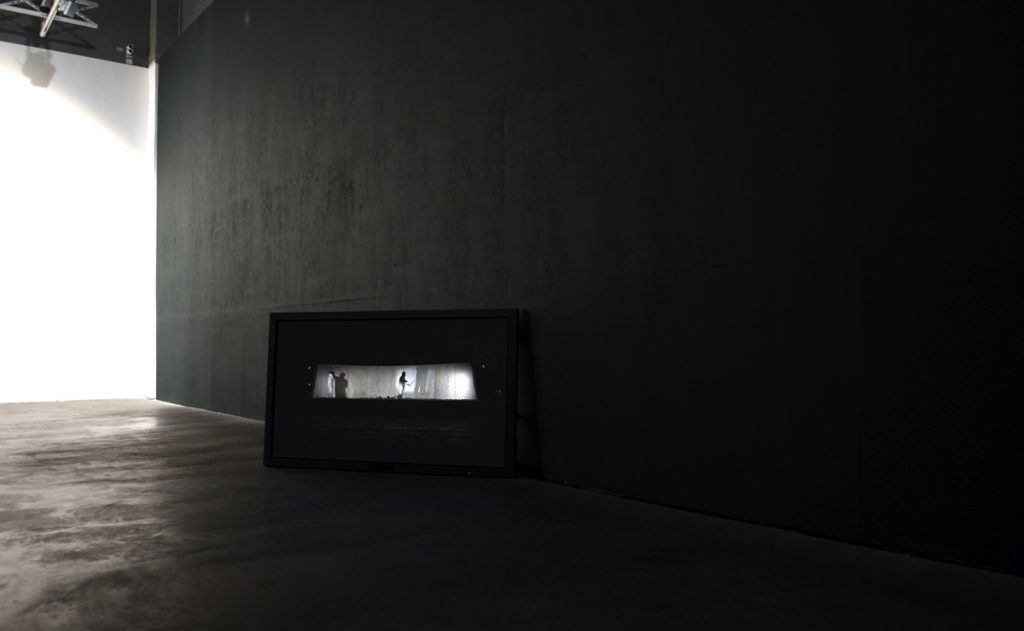 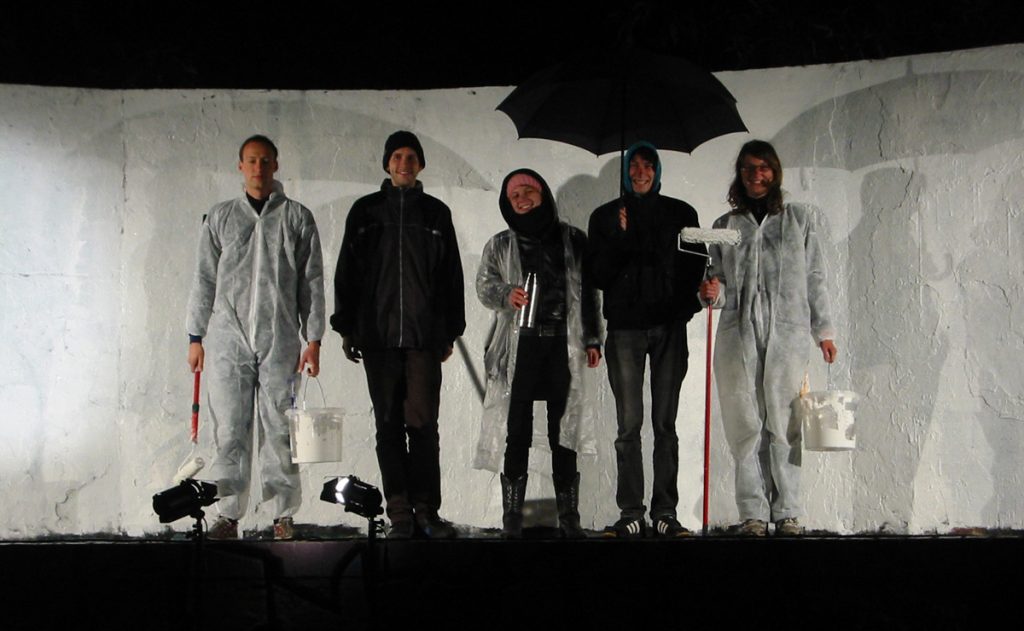