The 5th. Young Researchers Conference „Borders of Orders“ at the Cluster of Excellence „Normative Orders“ at Goethe University Frankfurt/Main is co-organized by Sebastian Mühl. It includes the Panel „The Aesthetic and its Borders“, featuring papers by Andrea Sakoparnig, Stefan Apostolou-Hölscher and Jovanka Popova. The panel is moderated and commented by Sebastian Mühl. 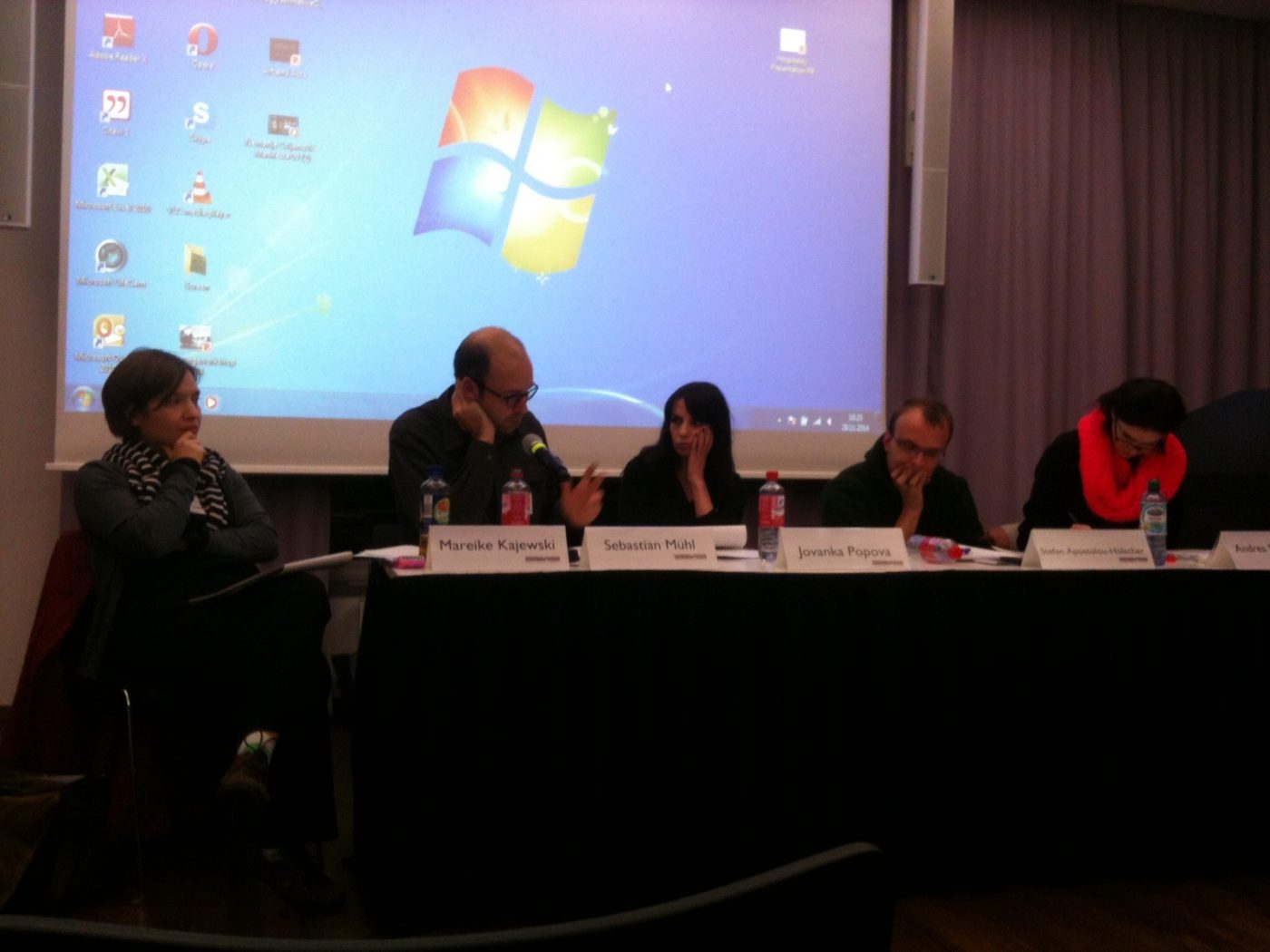 The 5th annual graduate conference of the cluster of excellence “Normative Orders” brought together young researchers with various disciplinary backgrounds from the humanities and social sciences to jointly assess the diverse connections between borders and social order. During two days of intensive academic exchange and debate, young scholars reflected upon the meaning of boundaries for social order.

Conflicts and the contestation of borders often incite or manifest the questioning of existing social orders. Borders, by demarcating an inside from an outside, produce social order. These orders, in turn, are challenged through the deconstruction, perforation or shifting of their boundaries which separate friend from enemy, compatriot from stranger, the public from the private, the criminal from the legal, the good from the bad.

In fourteen panels, young researchers presented their papers on the diverse dimensions of the interplay between borders and social order. Recent developments served as an inspiration to examine the topos of the border theoretically as well as empirically. The participants on the panels explored the meaning of the drawing of national borders for political order, several practices of border crossing and blurring as well as different subjectivities that cross and contest borders. Central questions around which the debates crystallized where: How do state borders construct political communities? What are legitimate mechanisms of inclusion and exclusion? How does migration challenge the state system? What is the potential relation between the citizen and the stranger? What does this entail for the meaning and quality of democracy? Do borders enhance or obstruct self-determination? What mechanisms of resistance do exist? How can borders be (re)drawn? Where do we locate the individual within and across the existing social orders? The productive and familiar atmosphere of the conference sparked intensive discussions on the panels and engendered many insightful answers and approaches.

The conference was rounded up by a film screening, showing short artistic movies that provided an alternative point of view on the intricate relations between borders and order. The conference organizing team, consisting of members of the International Graduate Program of the “Normative Orders” cluster and doctoral students from the Offenbach University of Arts and Design, attached importance to matching the scholarly program with artistic approaches to the conference theme. After the film screening, the conference party provided the appropriate conclusion of what has been a very successful graduate conference.

The conference is co-organized by Sebastian Mühl in collaboration between the Cluster of Excellence „Normative Orders“ at Goethe-Universität Frankfurt and Hochschule für Gestaltung Offenbach. Mühl is also curator of the film selection. Screening takes place at the Cluster of Excellence „Normative Orders“, Goethe-Universität Frankfurt/Main, 29. Nov. 2014, 8 pm.

Topics
Art & Science 11
Back to News
Next in News
Film Screening: Borders of Orders 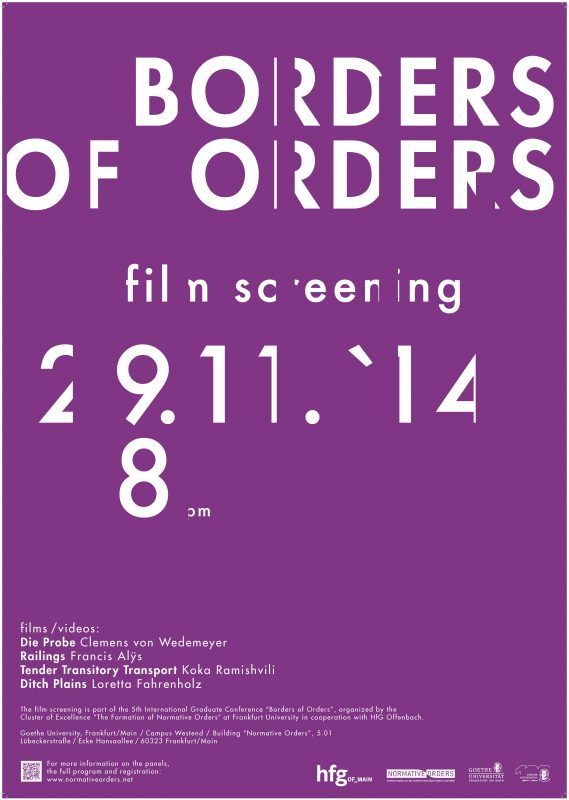 The 5th. Young Researchers Conference „Borders of Orders“ at the Cluster of Excellence „Normative Orders“ at Goethe University Frankfurt/Main includes a film screening which is curated by Sebastian. It features films and video works by Francis Alÿs, Loretta Fahrenholz, Koka Ramishvili and Clemens von Wedemeyer. 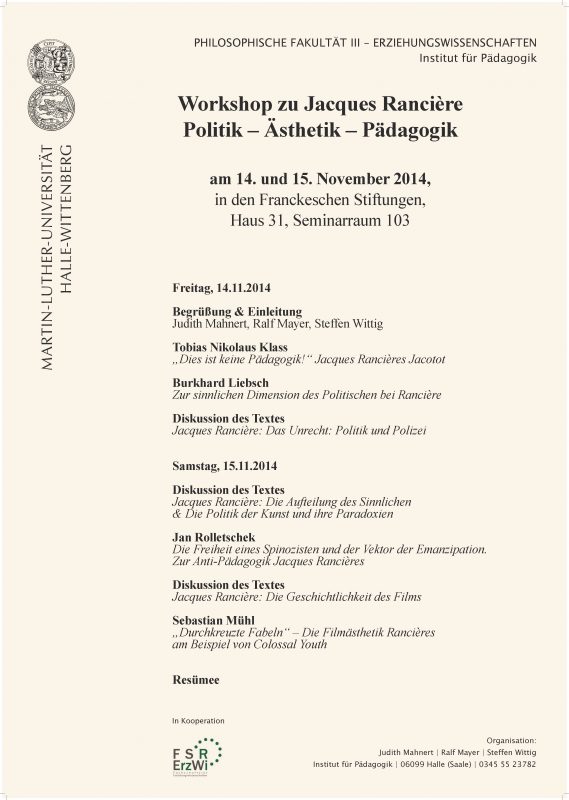